The IPCC Report is Clear: Nothing Short of Transforming Society Will Avert Catastrophe 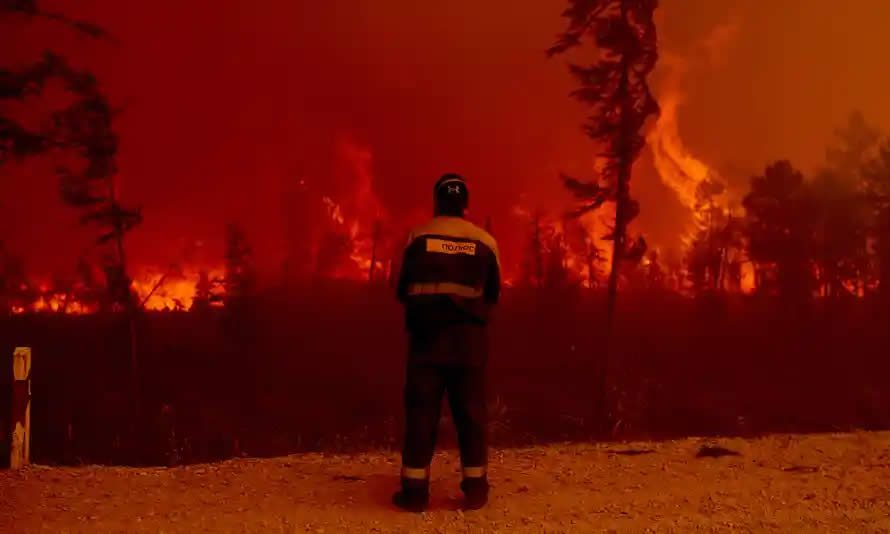 The release today of the first part of the Intergovernmental Panel on Climate Change’s sixth assessment report makes for stark reading. It reaffirms that anthropogenic climate change is real, present and lasting: it is now unequivocal that human influence has warmed the atmosphere, ocean and land to an unprecedented degree, with effects almost certain to worsen through the coming decades.

The report also dispels any notion that the effects of the climate crisis are abstract or distant. Extreme events are being felt across the world, from wildfires in Australia, Sweden and north-west America to heatwaves in Siberia and Canada and the devastating drought in South Africa. Evidence has grown since the last assessment report that human activity has exacerbated extreme weather events. Without urgent action, such events will continue to get worse. Moreover, sea levels are projected to rise over this century. Rises of as much as 2m cannot be ruled out, leaving low-lying lands and coastal communities extremely vulnerable.

One of the headline figures in the report is that average global temperatures in 2011-2020 were 1.1C higher compared with 1850-1900. Though this may seem like a small increase on any individual day, the increments matter in the long term. With every additional fraction of a degree increase in global warming, changes in extreme events such as heatwaves, floods and droughts become larger.

The Paris agreement in 2015 was momentous in committing signatories to limiting global warming to 2C above pre-industrialised levels, and preferably 1.5C. The IPCC’s report makes plain that our goal should be to keep temperature rises as small as possible. Relative to a 2C increase, limiting temperature rises to 1.5C would reduce the risks of food and water shortages, improve prospects for endangered species and protect human health from air pollution, malnutrition and extreme heat. We must aim for that goal.

Limiting global warming to 1.5C is ambitious – but is not fanciful. In the 2019 amendment to the Climate Change Act, the UK showed the intent required and committed to reaching net-zero emissions by 2050. Still, achieving that aim will be a challenge. The climate crisis is as much a rural problem as an urban one. It is both economic and human, domestic and international. This means transformation is required at every level of society: individuals, employers, institutions and international partners will need to work together to understand the trade-offs, agree compromises and seize opportunities. And just as scientists are pooling insights from diverse fields of expertise, policymakers will need to work in new ways, sharing ideas across disciplines to plot a clear path from here to net zero. This is a whole systems challenge. Tackling it will require a systemic approach.

Working back from 2050, it is clear that reaching net zero requires a renewed emphasis on science and innovation. First, we need to assess the technologies already available, identify those we need at scale by the middle of the century and deploy them as fast as possible. Second, we need to rigorously monitor progress against intermediate targets to make sure we are on track. Third, we need to identify areas where practical answers don’t yet exist – where research and innovation is still required to answer specific challenges – and invest accordingly; done well, these investments can seed the industries of the future. Across all this, we need to think globally, ensuring climate innovations are affordable and that their benefits are shared equally.
Advertisement

We must also recognise that the climate has already changed, and will continue to do so as we near 1.5C. The seas are rising, and floods and wildfires are more frequent. Again, science and engineering can help us to adapt, boosting the resilience of the most vulnerable and strengthening global food security. Existing tools can anticipate adverse events, while adjusting the design of cities, transport systems and agriculture can minimise their worst effects.

Together with the Cop president designate, Alok Sharma, we will ensure that the forthcoming climate change conference (Cop26) will emphasise science and innovation, including a dedicated day of activity. We hope that one of the legacies of Cop26 will be that science is considered as important in producing solutions to climate change as it is in understanding it.

Each of the IPCC’s assessment reports are an extraordinary undertaking, drawing on thousands of experts from around the world to provide the most comprehensive assessment of the present and future climate to date. They have made their mark, too. The second assessment report, published in 1995, memorably stated that “the balance of evidence suggests a discernible human influence on global climate” and ultimately led to the Kyoto protocol committing parties to limiting greenhouse gas emissions. The fifth informed the Paris agreement of 2015. We hope that the sixth will spur similarly historic action in Glasgow in November and set the world on a safe and sustainable trajectory.

Citation: If you would like to find out more about the source of this article – The IPCC report is clear: nothing short of transforming society will avert catastrophe, see here.