Whether the forthcoming boom becomes an inflation risk..who knows? 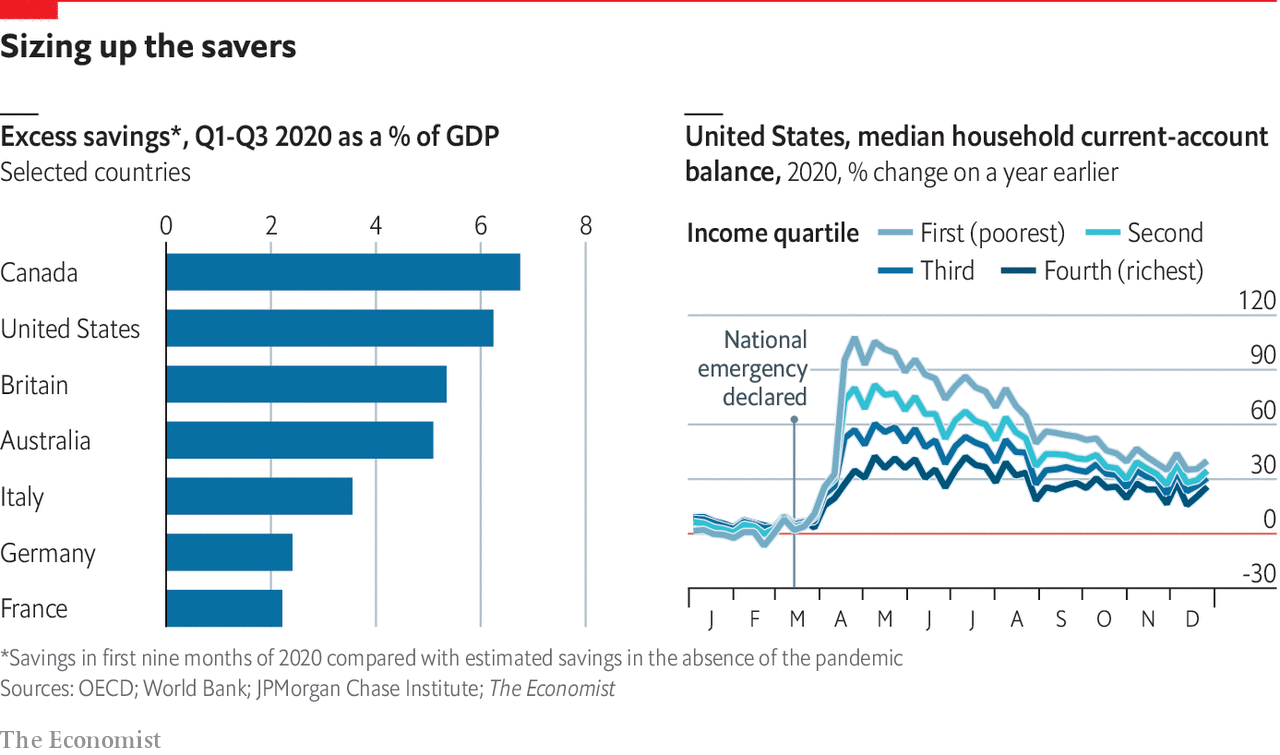 Consumers in the rich world are sitting on piles of pandemic savings. In America a big chunk of that is held by poor households, who are likely to spend it, opening up the prospect of a turbocharged economic bounce-back. From April to September, America is likely to outgrow even China, which has just unveiled its new five-year plan. In this context, its new $1.9trn fiscal stimulus is a massive gamble. If it pays off America will avoid the miserable low-interest-rate, low-inflation trap in which Japan and Europe look stuck, and other central banks may imitate the Federal Reserve’s recent tolerance of sudden spurts of inflation, as the prices of commodities, notably oil, surge. Mr Biden’s spending will further boost global demand for goods. America’s trade deficit is already more than 50% greater than before the pandemic, as the economy sucks in imports.

In America, Republican-led states are rolling back electoral and civil liberties

Approaching the ceiling: Our house-price forecast expects the global rally to lose steam

Citation: To find out more about the source of this article on the coming consumer boom, see here.